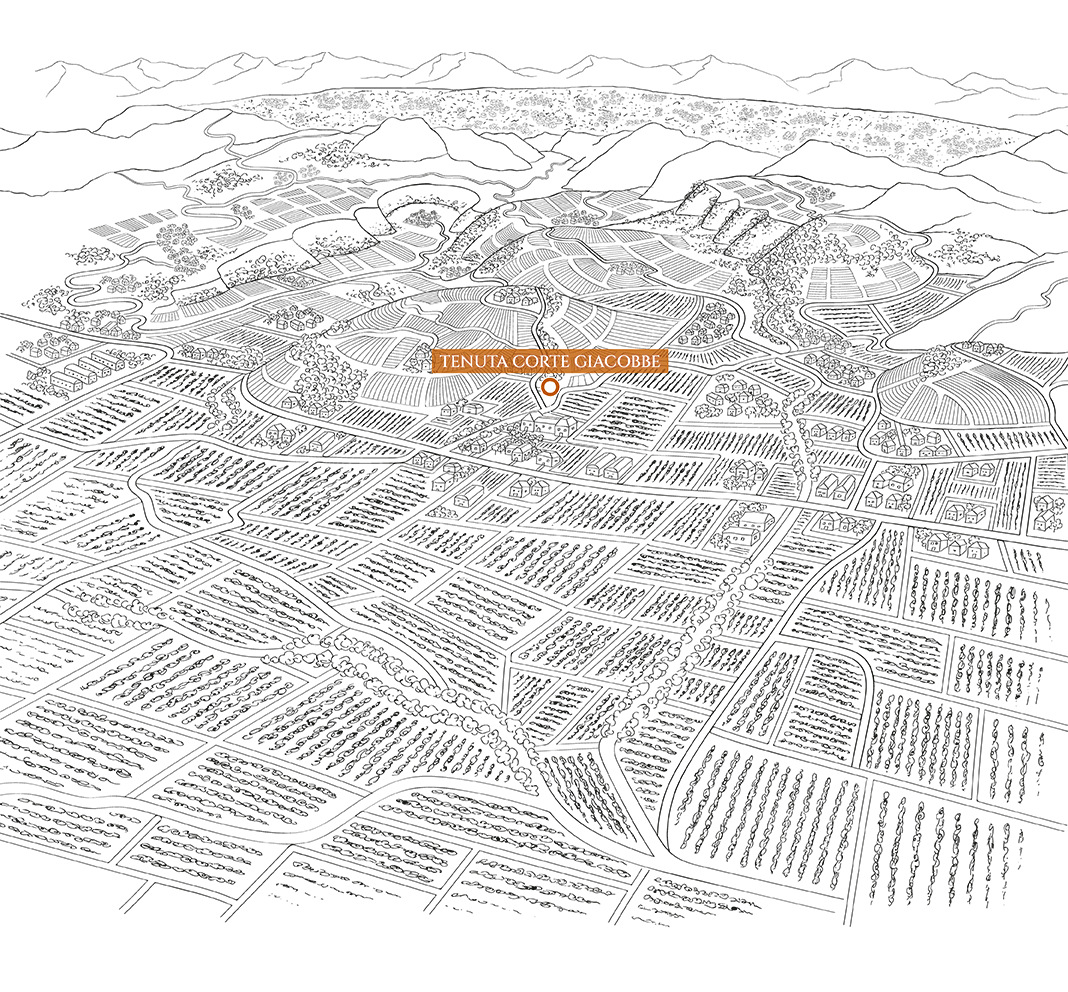 Roncà is a small village a few kilometres from Soave, in the eastern part of the DOC area. After Verona and Lake Garda, Soave is the third tourist centre in the Verona area. Part of the village of Soave's fame is linked to the wine of the same name.
Many still believe that the village takes its name from the wine, called Soave, smooth in texture in Italian, because of its goodness. Its origin actually goes back to the term Suebi, the classic term for Swabians, a barbarian tribe from Eastern Europe who settled here after the collapse of the Roman Empire and the invasions that followed. The location was ideal, a rocky outcrop on the edge of the plain, overlooking the Via Postumia, which surely passed nearby.
Today the village is dominated by a castle dating from the Scaliger era, from which the walls that encircle the entire village unfold in concentric circles. From the top of the castle, you can admire a breathtaking view of the surrounding countryside and the endless expanses of vineyards.

A guided tour of the Soave area can only start from the castle. Although its origins date back to the early Middle Ages or perhaps further back to Roman times, its present form is given by Cansignorio around 1369. It is a splendid example of medieval military construction, with its gates, crenellated walls, drawbridges and portcullises, weapons collections and imposing keep. For those who do not suffer from vertigo, it is possible to walk the patrol walkways, from which you can enjoy the surrounding panorama.

CORTE GIACOBBE, THE STORY OF A LAND WITH A THOUSAND-YEAR-OLD FLAVOUR

The vineyards surrounding the ancient Corte Giacobbe are located on the slopes of two extinct volcanoes, Calvarina and Crocetta: soils generally of volcanic origin, composed of lava and tuff, rich in microelements.
In the estate's own vineyards, Garganega, Durella, Pinot Noir and Pinot Grigio vines are cultivated under the careful care of the Dal Cero family.

The particular geological history characteristically influences the mineral and organic constitution of the berries, determining the strong aromatic and mineral characteristics of the grapes and the pleasant sapidity of the wine.

Specifically, Corte Giacobbe's Crus wines are the fruit of vineyards grown on the volcano's summit in soil characterised by high mineral content.

We are on the border between the two provinces of Verona and Vicenza, within the Soave and Lessini Durello appellations, and the vineyards stretch over the hills surrounding the two volcanoes, Calvarina and Crocetta. At about 600 metres, there is a unique view as far east as Venice from the top. In the upper part, terrace cultivation is interspersed with large areas of woodland, mostly Acacia trees.
In the small terraces that rise upwards, different types of Garganega, durella, pinot noir and pinot grigio grapes alternate according to soil composition and ventilation.
The soil, in general, is rich in basalt and grey and black tufa, which determines the strong aromatic and mineral characteristics of the grapes and the pleasant sapidity of the wine.

For an optimal experience
Please rotate your device